Many thanks to skipper Ross Cloutier and four of his lucky students (Jack Jones, Carl Racette, PJ Richards and Kara Ashley) for welcoming us aboard the 60 foot schooner Statia on their TRU Adventure Studies 12 day field school to “study marine and First Nations adventure recreation and tourism on the British Columbia coast. 

From May 21 to June 1 we poked around the complex island waterways from Port Hardy to Sidney, between B.C.’s largest island and the mainland’s rugged west coast by motor and under sail. Along the way, we met friends of Ross’s from his many journeys through these waters. And we chanced upon some magical wildlife moments, like seeing a wolf gamely swimming across a wide channel south of Echo Bay. The first nation edifices on Village Island and the highly crafted artifacts in the cultural centre in Alert Bay and Drew Harbour were stunning.
The students had just come from a 21 day sea kayak paddle from Kitimat to Prince Rupert via Haley Bay, and regaled us with stories of their encounters with land and sea creatures, and the people they had met and been hosted by along the way.
B.C. Ferries slogan: “The road less travelled isn’t always a road” 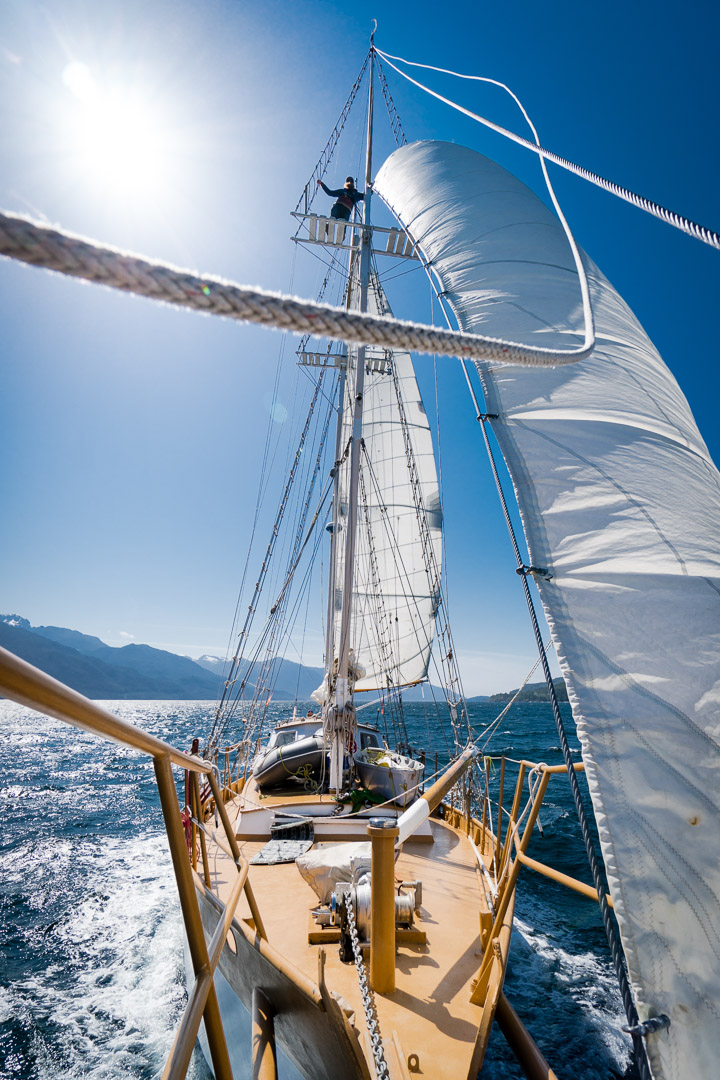