Summertime…and the livin’ was easy 😎

The summer of 2019 yielded many new and spectacular vistas from trails and peaks in the Purcells and the southern Rockies. Notably, we rekindled friendships reaching back half a century.

The 11th annual Bugaboos Teens climbing camp was a success, as was the 50 year reunion of Carole Ruth, “Harper” Hartwig, John Bergenske, Kay Forsythe, and in absentia, Art Twomey and Tuck Forsythe who homesteaded in the remote valleys of the southern Purcells and who I (Pat) met as a teenager and was heavily influenced by their leadership in conservation efforts. 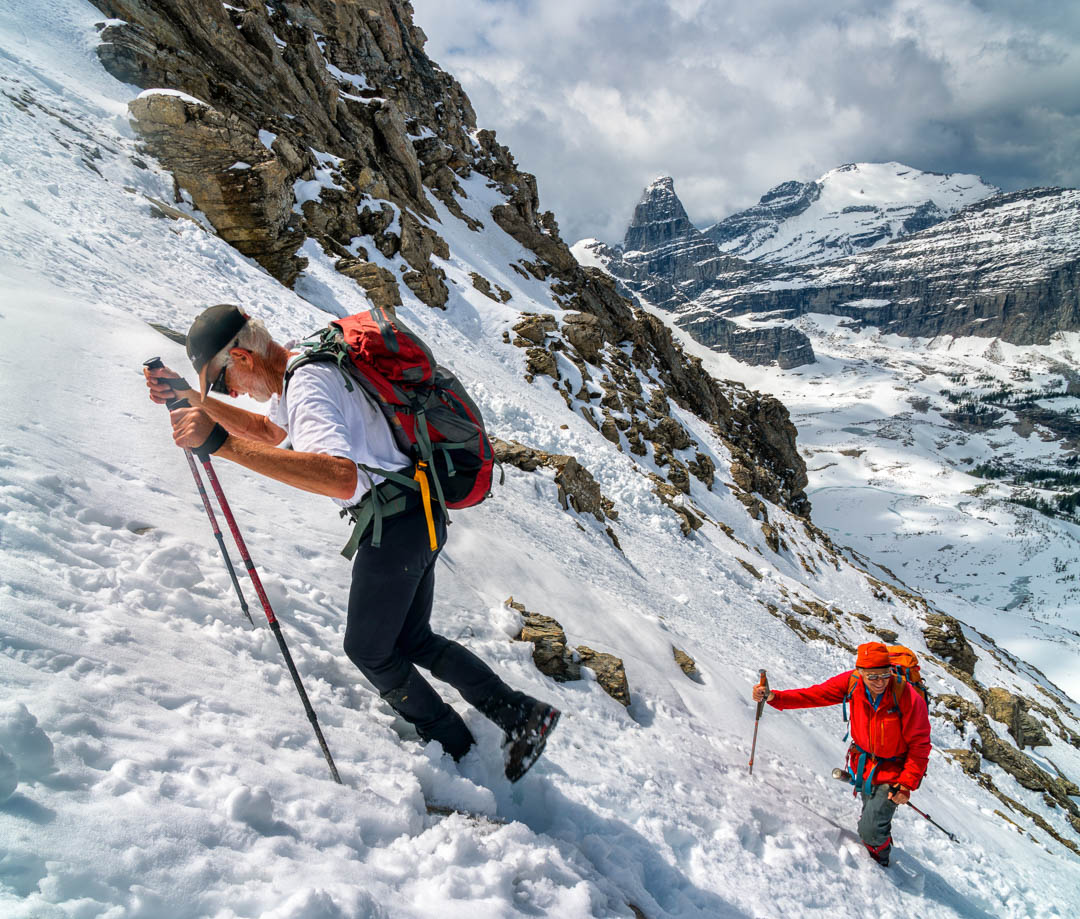 the Talon above Talus lodge - Hike/scramble to top of "Peak 2700" above Talus Lodge, at heat of Albert River, with Norm Funnel and Dave Jones - Dave needed to take a photo to update his Rocky Mountains South climbing guide.