On Jan 1, I set out for New Zealand, my first time there, on a multi-pronged mission: to escape our endless Canuck winter, catch up with old Kiwi and Canuck friends who I’ve met in various parts of the world, and trace the legacy of Austrian/Canadian mountain guide Conrad Kain who spent 3 seasons there a century ago.

Many thanks to all who made my journey so rich, sharing their love of the mountain life. 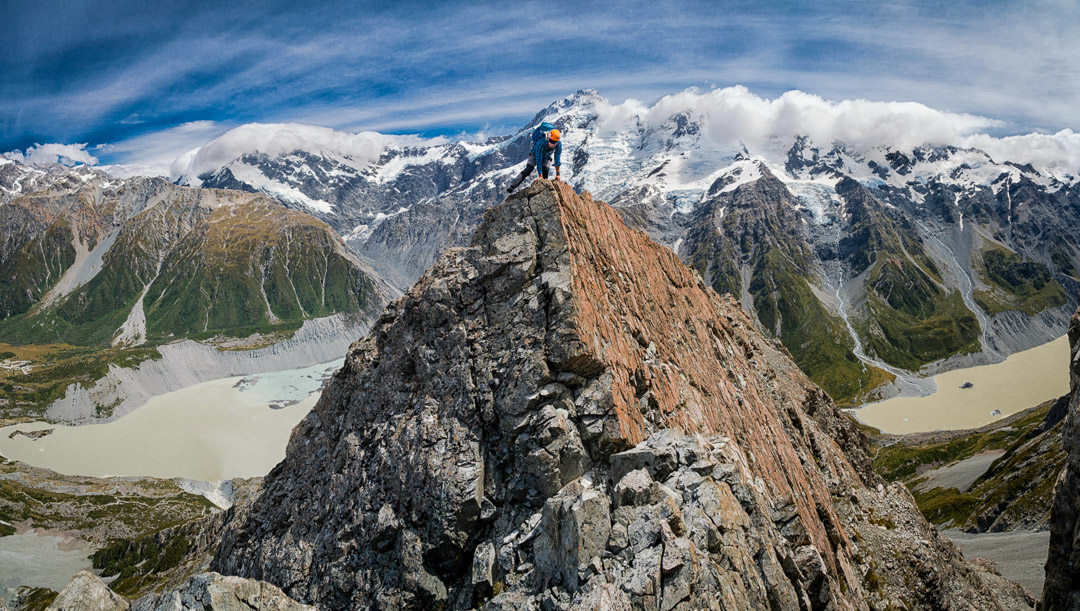 Josh Bennison dismounts from the au chaval ride in fine style near top of Conrad Kain's route on Mt Wakefield (aka "Guides Route") . Kain also put up a new route on Mt Sefton (during its fifth ascent), directly behind Josh, and made first ascents of Maunga Ma, Eagle and Thompson peaks in cloud to viewer's left. Aoraki/Mt Cook National Park, New Zealand