During all the years of living on the doorstep of half a dozen Rocky Mountain national and provincial parks, we’ve never had more than a few consecutive days of film or photography work here in our back yard. All that changed just as we were about to move to our new home in British Columbia.

Pat has been invited to work as a camera operator by Will Schmidt (Skylight Pictures) who landed a contract with Kananaskis Country parks service to produce four – 20 minute feature films, in HD and HDV format. These films will be presented on the big screen at K-Country’s theatre and on television monitors at several interpretive kiosks in the park. The project will be shooting through the winter, with a delivery date of March/08. 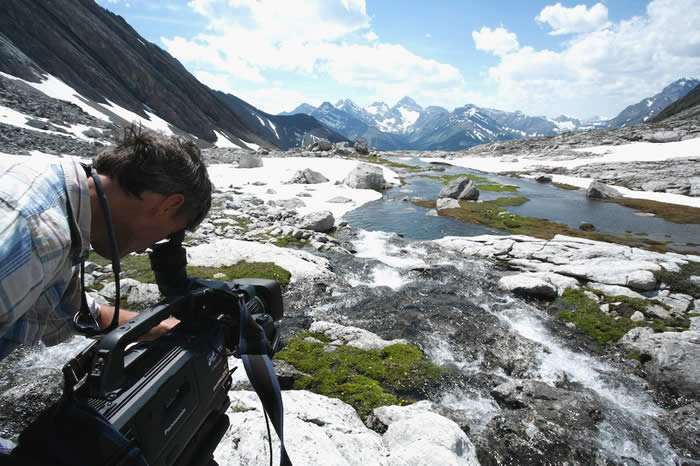