We began our journey in Addis Ababa, the world’s fifth highest capital, where there’s a stall equipped with antiquated Italian espresso machines serving Satan’s own brew on every corner, and nary a Timmies or Starbucks in sight.

Our goal was to do an extended trek in the highlands of Simien National Park, World Heritage site, from Debark to Shifru. Luckily, we were referred to Worku, a gem of a human being, and stellar cultural and trekking guide from Gondar – anyone wishing to hire him for self-propelled adventures in the Simiens, or driving tours to gob-smacking cultural sites all over his country, drop him a line: workuguide@gmail.com

Within the first few days we glimpsed the Ethiopian wolf (the planet’s rarest canid, with an estimated population of less than 50 in the Simien Mountains, and no more than 400 in the entire country), gelada baboons, hummingbird-sized bumblebees, Walia ibex and the giant Lammergeier. Park regulations require scouts (armed park rangers) to accompany trekkers even though the greatest danger is altitude sickness – relatively gruelling hiking, between 3 and 4000 m.

After several days on trails outside the park we descended from the Simien highlands to the road. The very next day we were swept up by Timkat festivities: (Amharic: literally Baptism) is the Orthodox Tewahedo celebration of Epiphany, and re-enactment of the baptism of Jesus in the Jordan River. The 3 day long street party coincided with our drive from Sekota to Lalibela (with its magnificent rock-hewn churches), and we savoured the buzz in three distinct locales.

Needless to say, we were able to stay well caffeinated in Ethiopia, which is considered to be the birthplace of the coffee plant and of coffee culture. An Ethiopian coffee ceremony, or jebena buna as it’s called in the Amharic language, is not designed for someone in a hurry. The preparation can be excruciatingly slow. But it’s well worth the wait, as you get to take in the sights and aromas of everything and everyone in the household where it is prepared. 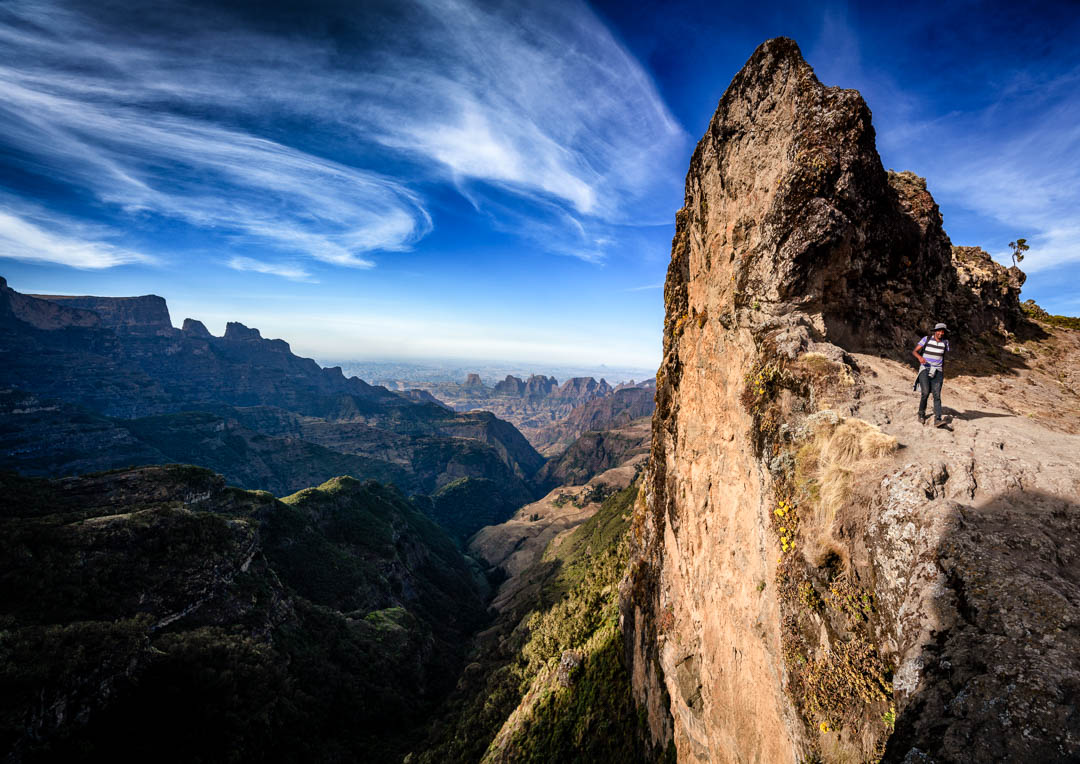