On Oct 5, 1982, Laurie Skreslet became the first Canadian to summit Everest. Two days later, Pat was the second. Four lives were lost in the process of putting us and four Sherpas on top. Our bittersweet accomplishment can be summed up in this analogy: “In times of war, there are no victors, only survivors”.

The Whyte Museum in Banff, AB, graciously hosted a reunion for we “survivors” on the eve of the anniversary. Among the guests in the audience of about 150, we were honoured to have the late Bill March’s wife Karen in attendance, along with Margaret Griffiths, stepmother of Blair Griffiths, our cameraman who was killed in an ice fall collapse. Also, Danuru (Dawa) Sherpa, who narrowly missed being fatally hit by the same avalanche that took three of his fellow Sherpas, received a warm welcome. Despite a leg injury sustained in the avalanche, Dawa valiantly went on to make four carries to Camp 4 at the South Col.

In spite of the sad memories, the evening turned out to be a joyous occasion, reconnecting with old friends, and our many supporters from the Rockies and Calgary area.

An exhibition of ’82 climbing equipment memorabilia, and Pat’s photos, will be on display in the Rummel room until March ’08. 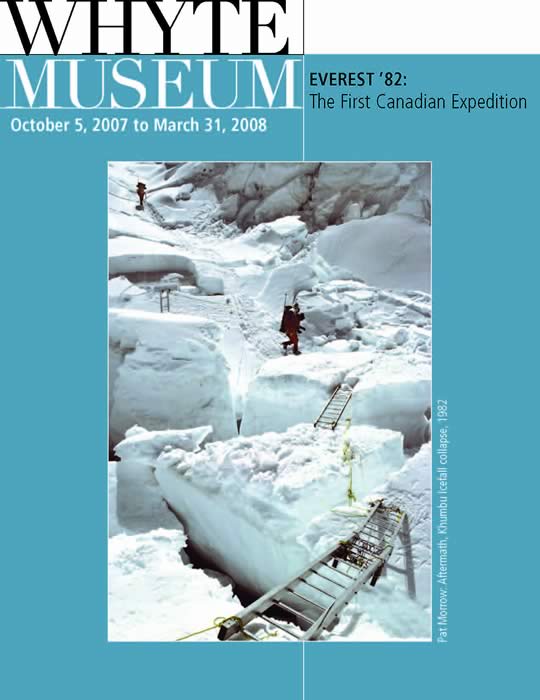