Baiba and I were hired to chase our friends Sharon Wood (first North American woman to climb Everest in 1996 – which she did via a new route, and with no Sherpa support) and Laurie Skreslet (first Canadian to top out on the Big E) around on the slopes of Mt Victoria. This snow peak towers above the idyllic setting of Lake Louise here in our back yard.

We shot a segment for a film about the history of Canadian mountaineering that will be aired on French Canadian CBC next year. It was a late winter season, and the snow conditions in early July were horrendous. We had to stage climbing scenes around Abbot Hut, since the snow laden Mts Victoria and Lefroy were too dangerous to venture onto. The same weekend, (July 9) two climbers were knocked down by an avalanche on Mt Athabasca just north of the area. 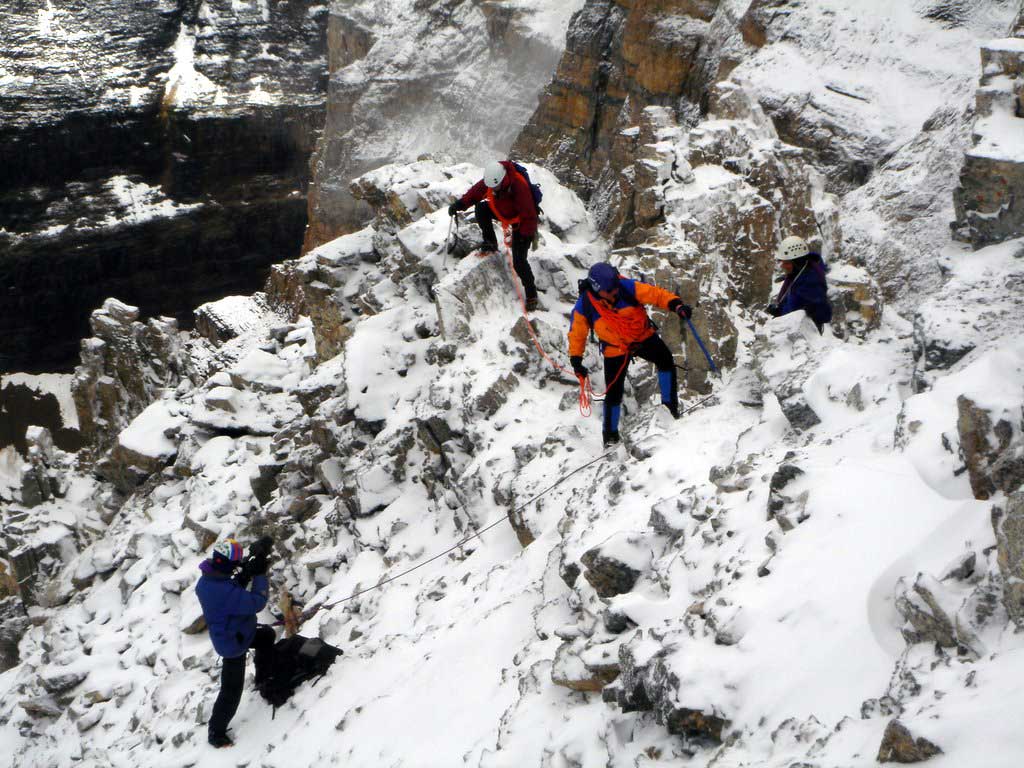