It’s been 6 years since we last visited this former Himalayan kingdom and in that time many changes have altered the social and physical landscape. While the aftermath of last year’s earthquake is still evident in and around the Kathmandu valley (largely due to a criminally negligent government that has been slow to distribute the vast amounts of international aid money that flowed in shortly after the quakes started), the Khumbu region shows little sign that whole villages were decimated. Mindful of their dependence on the trade of up to 10,000 trekkers and flight-seers every month in peak season, most homes and lodges have been rebuilt and strengthened against the inevitable recurrence of quakes.

With our trusty guide from Khunde village, Sonam Sherpa (son of Nim Phutti and Lhakpa Tshering, one of my Everest summit pards in ’82), we had the flexibility to travel light and fast, and change plans as frequently as the invitations to visit different homes came in.

Danuru Sherpa (also called Dawa) from Phortse, who worked on two Everest expeditions that i’ve been on welcomed us to his and Yanzen’s Friendship Lodge in Phortse. We based out of there for a couple of cool day trips. Nim Phutti, Sonam Tashi and Tseriâ€™s mom, put us up in their newly re-constructed home in Khunde, and fed us some of our fave Sherpa dishes, notably, riki kur (potato pancakes). Ang Nima and his wife Kami Rita invited us over for some tea and chang, and we also had a visit with their son Ngima and his wife.

Over the years we’ve had many grand adventures both on and amongst the mountains with Danuru, Ang Nima and Lhakpa. In addition to carrying loads on Everest ’82 and ’91, Ang Nima was our sirdar on an incredible 80 day walk from Annapurna to Everest in ’94, Lhakpa accompanied us on the Nepal part of our circum-hike of Kangchenjunga in ’99, and all three visited us in Canada on a couple of occasions.

They and their families urged us to pass on big Namastes to all Canuck friends, and to thank you for your enduring friendships and support through hard times such as last year. Tashi Delek! 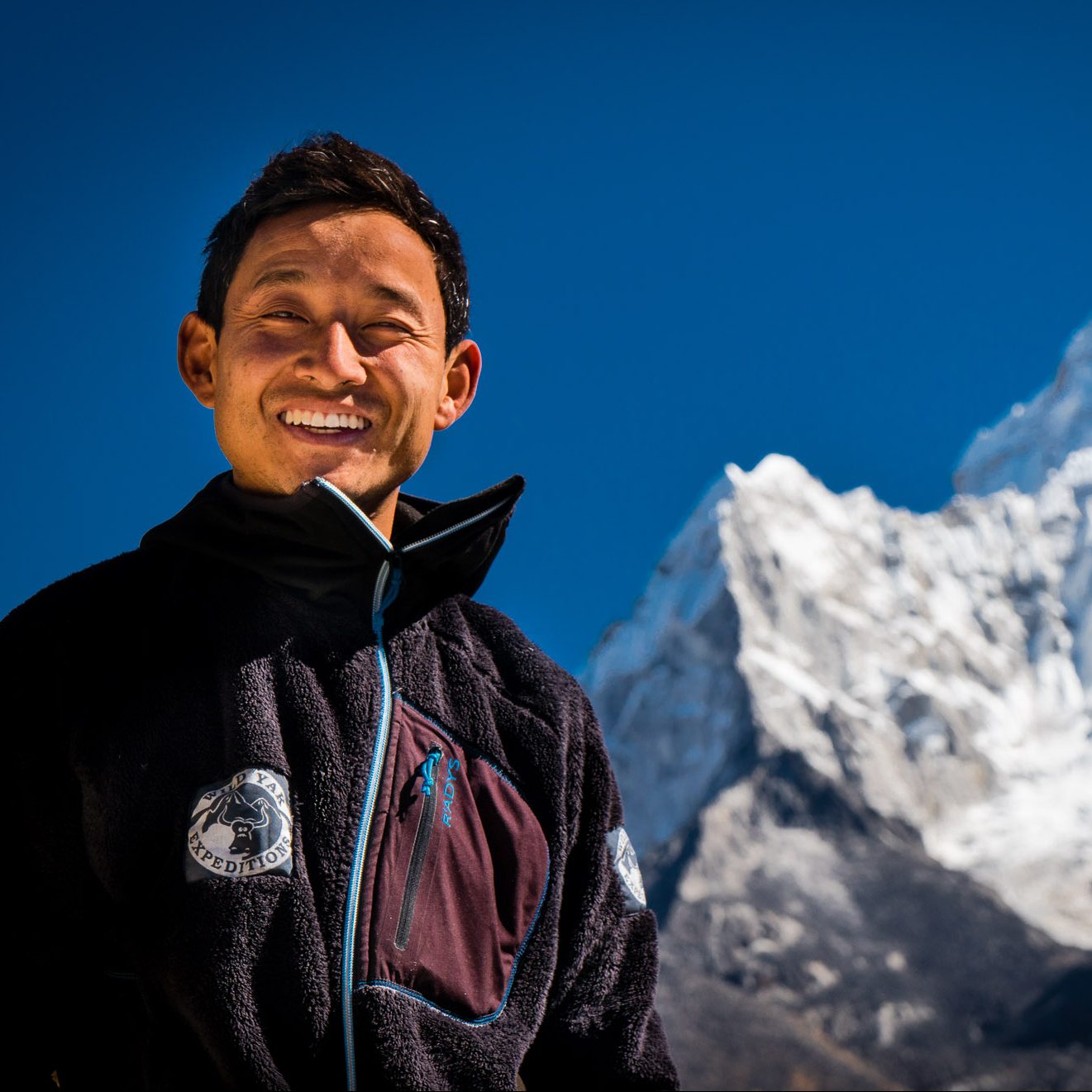 Trekking guide Sonam Tashi Sherpa proudly toured us around his big back yard in the Khumbu region. Fluent in Sherpa, Nepali, Mandarin and English, he has a special interest in discovering and sharing the nuances of Sherpa and Nepali culture.