The five weeks we spent in Colombia, much of it with indigenous people who are still living close to nature, was both humbling and inspirational.

We’ll stir the best of our stills, video and advice passed on by the elders into our evolving A/V presentation, MOUNTAINS: the Sacred and the Profane.

Among the many indigenous people we had the good fortune to meet, we were especially privileged to be inducted into the light-filled world of poet Fredy Chikangana, a Yanakuna Indian who heralds from the south Colombia massif. He writes poetry saturated with reverence for nature, in both the Quechuan and Spanish languages. He is also a crusader for protecting the environment through preservation of indigenous language and culture throughout the Andes.

Over several sun-soaked days, Fredy introduced us to the mythical world of his ancestors, through music and song. We were based out of his tribe’s moloca in the hills near Parque Arqueologico de San Augustin.

As in Canada, in Colombia there is no shortage of ongoing, and imminent environmental disasters. One of the country’s most pressing concerns is the health of its longest river, the Magdalena, with its headwaters near the San Agustin area. There are currently 20 dams in the basin, and an international consortium (headed by Italy, with executive input from China) is planning a series of 16 more. Much of the electricity would be siphoned off for export to Brazil to be used by rapacious industry that is already tearing apart the Amazon basin.

This is a wakeup call for developers here, and around the world, to show respect for the preservation of indigenous people’s sacred territory, which in turn will help provide a buffer zone for all other living life forms.

Our first few days in Colombia, based in the Sibundoy valley, headwaters of the Putumayo river close to where Richard Schultes did his seminal work on biodiversity, and classifying medicinal plants back in the 60s and 70s. We hiked to a hot spring creek hot enough to boil eggs and spuds, then stopped to buy fresh farmed trout from a farmer on our way back. 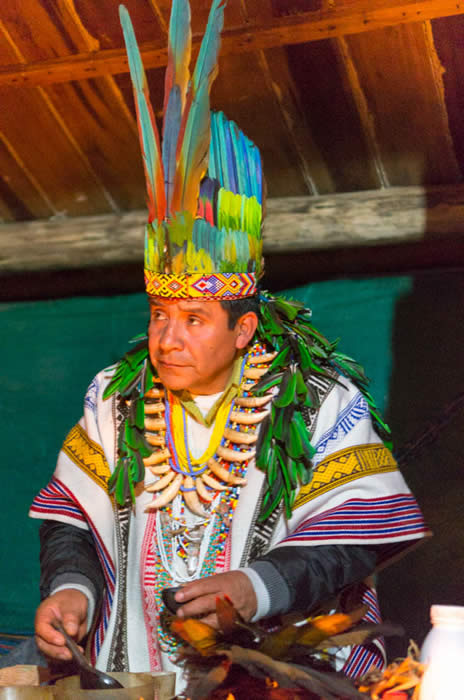