Just when we thought Will Gadd www.gravsports.com had exhausted his repertoire of far-out climbing and flying projects, he dreamed up the concept of scaling Greenland icebergs in the frigid Atlantic ocean off the coast of Labrador. It had to be filmed. The flight time from Calgary to Makkovik, at 18 hours (including several takeoffs and landings in a twin otter) is nearly the same as it takes to get to Kathmandu. Except in Makkovik, instead of ancient Hindu and Buddhist temples swathed in filthy, polluted air, you meet some 350 Inuit and Innu fishermen and subsistence hunters living in a pristine environment.

Glacial ice snaps, crackles and pops when it hits the surface of your drink. That’s exactly what happened when the climbers’ axes hit the ice. We interviewed several Newfoundland and Labrador fishermen who, without exception, warned us of the dangers inherent in this esoteric game. Indeed, Randy himself was reluctant to deliver the climbers to their maker. Will and Ben paid attention to their warnings, and were able to pull of some cool (pardon the pun) ascents, fully 3 hours out from the mainland.

We were well taken care of by our hosts, Randy and Lori Edmunds, proprietors of Adlavik Inn – we feasted on organic Caribou and Arctic char every night. Randy is an Inuit who grew up on the ocean and was able to locate several choice bergs for Will, and climbing partner Ben Firth, also from Canmore. 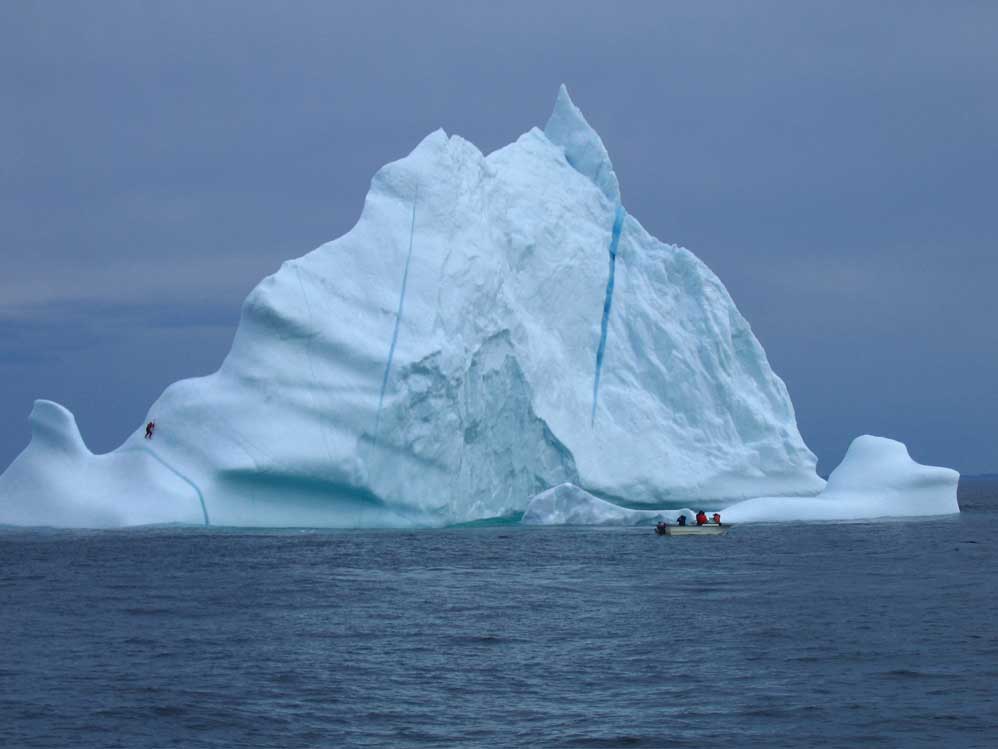