The Government of Canada is facilitating the immigration of up to 1000 Tibetans living in the state of Arunachal Pradesh in India, at the request of the Canada Tibet Committee and Canada’s Tibetan community. Up to 1000 displaced Tibetans, including principal applicants and their eligible family members, will be accepted over a five-year period.

Project Tibet Society (PTS) was formed to implement the program. Pat and Baiba spent a month in Himachal Pradesh and Arunachal Pradesh with PTS Director Nima Dorjee (from Calgary) shooting an infodoc aimed at finding sponsors within Canada for the Tibetans. Watch our short film, 1000 Tibetans, which reveals who these people are and the challenging conditions under which they live.

While in Dehra Dun, we were hosted at the residence of HH Sakya Trizin, and attended the Losar (Tibetan New Year) ceremonies in Dharamsala, presided over by HH the Dalai Lama. We then travelled to the remote Arunachal resettlement communities of Miao, Tezu, Tenzigang and Bomdila in the foothills of the Himalaya, near the borders of Bhutan, Chinese occupied Tibet, and Burma.

Project Tibet Society is charged with raising funds and finding sponsors to resettle the 1000 Tibetans in Canada. Currently, cluster sites are being organised in Vancouver area, Calgary area, and Toronto area with smaller sites in Victoria and Ottawa. For more information on how you can get involved to help with this visionary immigration initiative, visit Project Tibet Society. 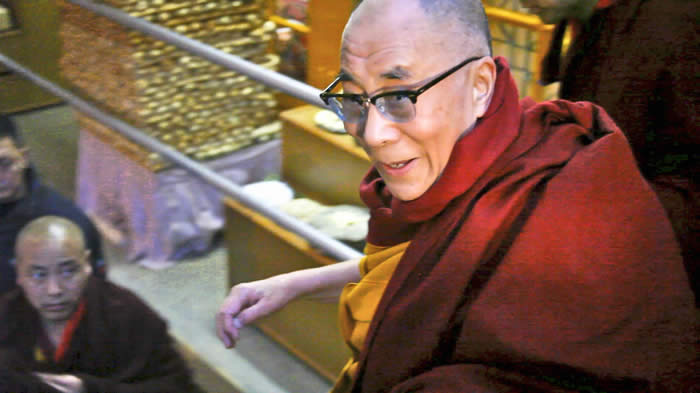